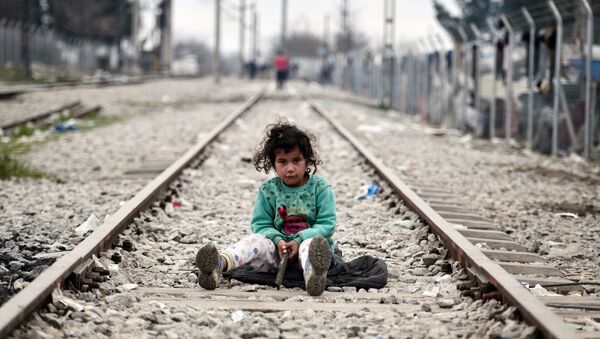 © AFP 2021 / Louisa Gouliamaki
Subscribe
The so-called Balkan transit route has effectively been closed to refugees after Slovenia, Croatia and Serbia all imposed further restrictions and bans on people traveling through the region. This comes just days after German Chancellor Angela Merkel said closing European borders was not an option.

Following the announcement of the provisional EU-Turkey deal aimed at stopping the flow of refugees into Europe, EU members Slovenia and Croatia and non-EU member Serbia announced the implementation of new measures that would almost completely block the passage of refugees through their respective countries.

Under the new restrictions, only people with valid visas or travel documents would be allowed to travel through the region, effectively preventing thousands of refugees from continuing their voyage onward to Germany and Western Europe, with those deemed to be in need of humanitarian assistance to be granted an exception.

While the flow of refugees through the Balkan route was already restricted to small numbers of Syrians and Iraqis, the new measures are expected to almost completely halt people using the transit route.

The new, stricter measures are also expected to be enforced by Macedonian officials, with an Interior Ministry spokesperson on Tuesday saying:

"Macedonia will act according to the decisions taken by other countries on the Balkan route." 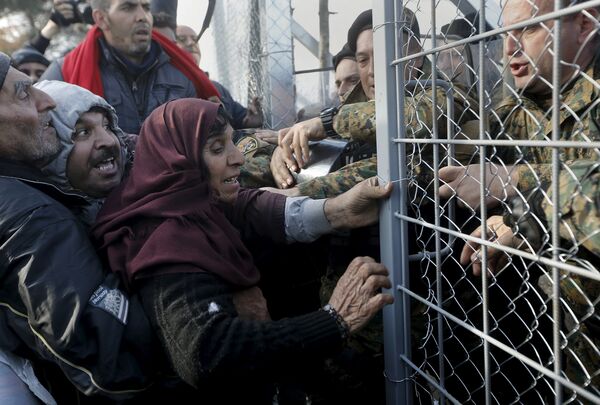 Syrian refugees struggle to enter Macedonia through a narrow border crossing as Macedonian policemen try to shut a metal gate near to the Greek village of Idomeni December 4, 2015.
© REUTERS / Yannis Behrakis

The new measures have also sparked other eastern and central European countries into action, with officials from the Czech Republic practicing test closures of its border with Austria amid concerns refugee flows may shift in the country's direction. 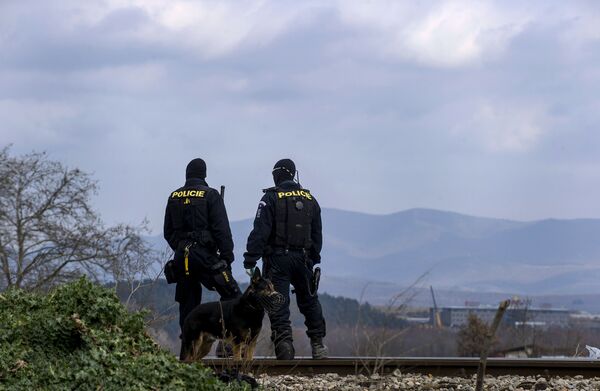 Hungary has also made efforts to pre-empt any additional refugee flows through its borders, with extra police and army resources deployed to patrol the country's southern borders, while Interior Minister Sandor Pinter said Budapest was making preparations to erect a fence along its border with Romania.

The latest developments come in direct defiance to the efforts of German Chancellor Angela Merkel, who on Monday rejected suggestions by other member states that the Balkan route was "officially closed," adding that closing borders was "not an option."

Merkel has staunchly defended her government's open-doors refugee policy, which has seen more than one million refugees and migrants enter Germany over the past year, and has called for borders to remain open.

While lauded for her humanitarian stance and leadership on the issue, Merkel has been under severe pressure at home, as opposition groups and protesters hit out at the chancellor's refusal to place an upper cap on the number of refugees Germany would be willing to accept.

There are also concerns that the increased border restrictions will further exacerbate the situation in Greece, where tens of thousands of refugees and migrants remain stranded.

Although EU and Turkish officials agreed on a provisional deal to help stem the flow of people into Europe, there are major concerns over the practicality and legality of the deal, with critics arguing that it is in breach of international law, and won't be effective in limiting the number of people leaving Turkey for Europe.

Many have slammed the deal as unworkable, with fears the provisional agreement may not come fruition at an EU summit later this month.