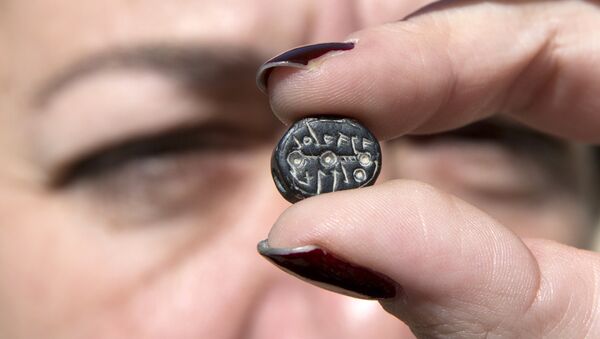 Scientists Drilling Their Way to Center of Dinosaur-Killing Asteroid Crater
A 2,500-year-old seal bearing the name of an "exceptional" woman has been unearthed in Jerusalem, the Israeli Antiquities Authority (IAA) was quoted by media reports as saying.

The seal was discovered during excavations in the City of David, located at the Jerusalem Walls National Park; the artifact dates back to the era of the First Temple which, according to the Hebrew Bible, was built by King Solomon in the 10th century B.C. and then destroyed 400 years later.

Made of a semi-precious stone, the seal bears the mirror-writing of "to Elihana bat Gael" carved in ancient Hebrew letters, which means "Elihana daughter of Gael."

According to the IAA, "finding seals that bear names from the time of the First Temple is hardly a commonplace occurrence, and finding a seal that belonged to a woman is an even rarer phenomenon."

"The owner of the seal was exceptional compared to other women of the First Temple period: she had legal status which allowed her to conduct business and possess property," the archaeologists said.

Asteroid-Fighting Russian Scientists Come Up With New Way to Save the Earth
They were echoed by Hagai Misgav, from the Hebrew University of Jerusalem's Institute of Archaeology, who noted that there is no other information regarding the identity of the woman, but that "the fact that she possessed a seal indicates her high social status."

He explained that most of the women's seals related to the First Temple era bear the names of their fathers, rather than their husbands. "Here, as in other cases, this might indicate the relatively elevated status of Elihana, which depended on her original family, and not on her husband’s family, according to Misgav.