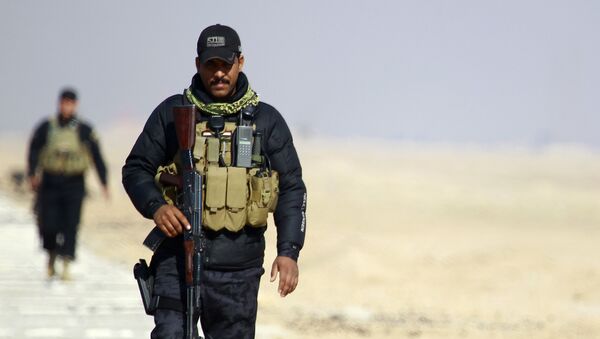 Iraqi security forces have killed at least 30 militants of the Islamic State (Daesh) jihadist group in the provinces of Anbar and Diyala, the country's Interior Ministry said.

Daesh Loses in Iraq, Syria Push Group to Expand to Africa, Pacific
MOSCOW (Sputnik) — According to the ministry, 22 Daesh militants have been killed in the city of Haditha in the province of Anbar. The Iraqi security forces have also managed to capture a communication station of Daesh militants in an area between Ramadi and Samarra.

An Daesh camp has been destroyed during an operation near the city of Baqubah in the province of Diyala. Eight militants have been killed, two others have been wounded.

Since 2014, vast territories in Iraq and neighboring Syria have been occupied by Daesh, which has proclaimed a caliphate on the land under its control. The terrorist group, outlawed in many countries, including Russia, has committed many human rights atrocities in Iraq.