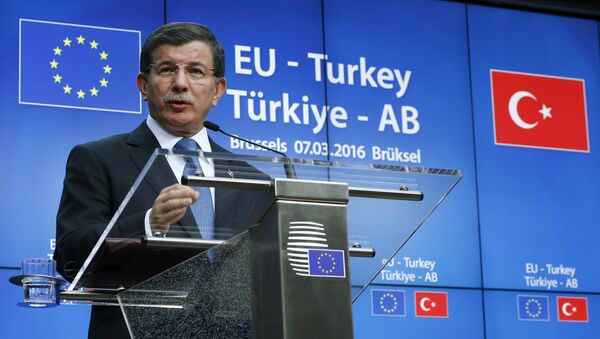 Critics have raised concerns over the legality and practicality of the EU's provisional refugee deal with Turkey, amid concerns the agreement may breach human rights law and won't be effective in stopping the flows of refugees and migrants into Europe.

Despite European Council President Donald Tusk announcing that the "days of irregular migration to Europe are over," many others have remained wary over the deal, which would see Brussels grant Turkey US$6.6 billion (€6bn) in aid in return for greater cooperation to stop people smuggling operations transporting people from Turkey to Greece.

The aim of the deal is to nullify the incentive of people smugglers, and to prevent people looking to travel to Europe illegally by crossing the Aegean Sea. The basis of the deal has been agreed to in principle, however Turkish and EU member state leaders will reconvene later in March to talk over the finer details of the arrangement.

While some say it will be effective in stopping people from risking their lives in search of reaching Europe, others argue the measures are simplistic and will be largely ineffective, as they won't encourage the Turkish government from preventing people leaving Turkish shores and traveling onward to Greece.

Given that the EU will only accept the same amount of refugees who reach Greek shores and are then returned to Turkey, some critics have argued that this will encourage authorities to turn a blind eye to people smuggling operations as it will ultimately lead to more people being transferred from Greece back to Turkey, and will subsequently lead to the EU accepting more refugees.

UNHCR concerned about any arrangement involving return of all individuals from 1 country to another without protection safeguards.

Aside from the issue of practicality, there are also concerns over the legality of such a "one-for-one" deal, with the UN's human rights agency saying any plans to send refugees back to Turkey, would contravene European and international law.

"Collective expulsion of foreigners is prohibited under the European Convention on Human Rights," Vincent Cochetel, Europe regional director of the UNHCR said.

I spoke to media about what #EU & states must do to help solve Europe's #refugee situation https://t.co/i6HFzpeCGl pic.twitter.com/7w6YDnn2ez

Cochetel took aim at the "quick fix" Turkey-EU deal, saying that placing restrictions on people traveling between Turkey and Greece wouldn't solve the issue of refugees looking to flee to Europe, but would merely open up new potential dangerous travel paths.

"It may lead to a fragmentation of the route. As long as the conflict is not solved, it's a myth to believe that the people will not try to leave. It may dissuade some people from leaving through that route, but it won't dissuade everybody."

The latest talks also led to a diplomatic row between EU member states, with some reportedly angry about German efforts to undermine previous negotiations on the matter.

While European leaders were on Monday expected to announce the closure of the Balkan route and the end of the "wave through approach" to refugees, which has caused tension among EU member states, the summit resulted in the different "one-for-one" approach being announced.

A number of EU officials were reportedly angry with what was perceived to be German behind the scenes deal-making with Turkish Prime Minister Ahmet Davutoglu.

German Chancellor Angela Merkel praised the Turkish proposals, calling the deal "a breakthrough if it's implemented," however it is expected that more work needs to be done to win over some skeptical EU leaders before the next leaders' summit on March 17.