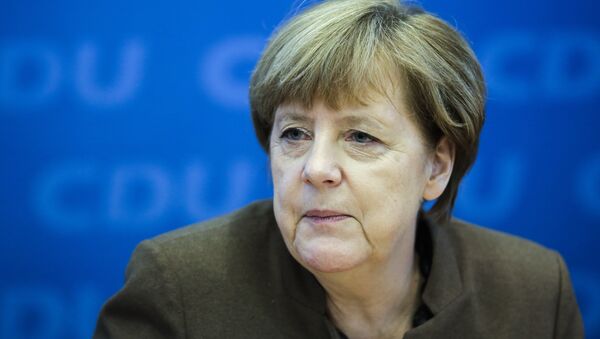 "The fight against illegal migration is an area where we have made clear and visible progress. And I for one am deeply convinced that what we have to do is everything in our power to [impede] smugglers and human traffickers to ensure that people don’t die in the Aegean Sea," Merkel said.

She noted that the situation in "most hardly-hit" Greece was unsustainable, and that more work was needed with Greek leadership to protect the EU’s external borders.

"Thus, we have to protect the border between Greece and Macedonia. We have to make sure that Greece is in a better position to look after these migrants and refugees so as to make the situation in Greece sustainable," the German leader stressed.

Ankara pledged to take back all illegal migrants that had arrived to the European Union and send in their place legal Syrian refugees to the EU on a one-for-one basis.

The migration crisis resolution is in progress and "moves in the right direction," German Chancellor said.

"Overall, everything moves in the right direction," Merkel told the SWR radio station in an interview, commenting on the process of solving the crisis.

The chancellor added the EU-Turkey summit was quite constructive.

"Everyone said that we needed to protect our external borders, everyone said we must fight illegal migration, everyone supported the participation of a NATO mission in the Aegean Sea and everyone welcomed the new proposals," she said.