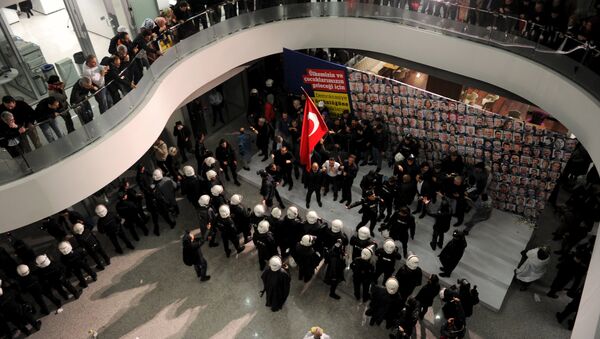 "It is unacceptable. You cannot wish to be closer to European standards and at the same time not to respect media pluralism. This is obvious and we have clearly stated this to the Turks," Ayrault told the broadcaster France Inter.

Ankara's move has been widely criticized by a number of countries, including the United States and Russia, as well as by the European Union and Reporters Without Borders (RSF).