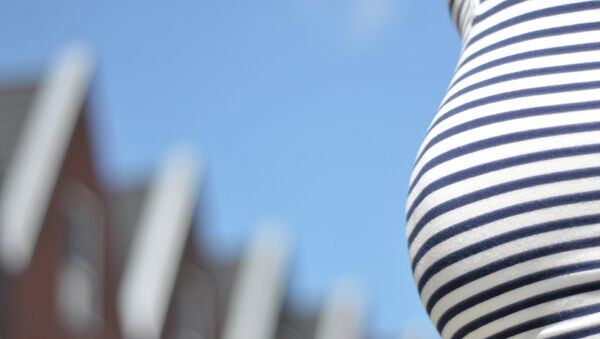 © Flickr / Frank de Kleine
Subscribe
The youth wing of Sweden's Liberal Party has proposed that men who don't want to be fathers are allowed a "legal abortion," the Aftonbladet newspaper reported.

Where's Wahid? Sweden Worried by Over 45,000 Missing Asylum Seekers
The youth wing of the Liberal Party in western Sweden (LUF Vast) has come up with a controversial proposal that gives men the right to legally opt out of being a parent, Sweden's Aftonbladet newspaper reported on Friday.

"Men should have the same right to opt out of parenting," Marcus Nilsen, Chairman of LUF Vast, told the newspaper.

Nilsen stressed that the motion was first proposed by a group of female Liberal Party members, and has the backing of the rest of the party.

"It is important to discuss the role of men in pregnancy," he said.

According to the proposal, men would have the right to opt of out the legal responsibilities of being a father up to the 18th week of pregnancy, the final point at which a woman can choose to have an abortion.

This "legal abortion" would be final, and men should not be able to change their mind later, Nilsen said.

Nilsen explained that the legislation would help men who do not dare say that they don't want children, or don't want to be involved in being a parent when their partner becomes pregnant.

"There are typical examples of men taking the easy route and not being clear about how involved they want to be. It is important that men are honest with their intentions. With this proposal, there is a clear legal decision."

Sweden's Nyheter24 news website conducted an online poll about the proposal. The majority of respondents, 127, voted in favor of the proposal, and 100 voted against.

Unwelcomed Ruler? Swedish Royal Baby Sparks Heated Monarchy Debates
A more senior spokesman from the mother party told Nyheter24 that the motion does not have broader support from the Liberals, and that "we think the current legislation is good as it is."

The proposal is to allow "legal abortion" is not the first controversial recent proposal from the young Liberals, and has been more popular with internet users than a suggestion from the Stockholm branch last month to lift bans on incest and necrophilia.

"One should do what one wants with her body when one is dead, basically. For example one can bequeath it to a museum, research or give permission if someone wants to sleep with it," said Cecilia Johnsson, 22, Liberal Youth League president of Greater Stockholm, about the incest policy.

"The law should not moralize about who somebody has sex with, even if it's a sibling."