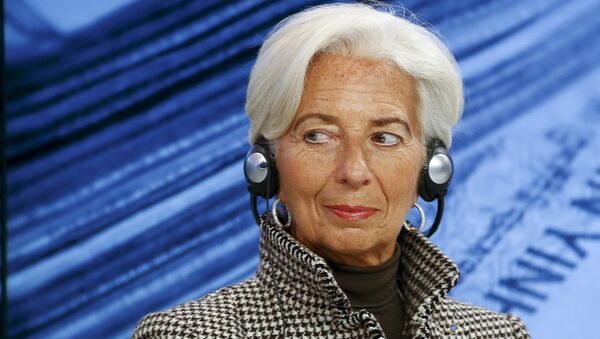 "I have received a letter from Mr. Harris Georgiades, the Minister of Finance for Cyprus, informing me of his government’s decision to cancel the Extended Fund Facility (EFF) arrangement, effective March 7, 2016," Lagarde said in a press statement.

"I wish to congratulate the people and the Government of Cyprus on their accomplishments under the economic adjustment program, which has delivered an impressive turnaround of the economy during the past three years," Lagarde continued.

Christine Lagarde Selected for Second Term as IMF Managing Director
She noted positive economic growth of around 1.5 percent in Cyprus, regaining access to international capital markets and successfully issuing three Eurobonds in the past 21 months.

"The banking system is on a much more solid footing and workouts of nonperforming loans are accelerating, opening space for new productive lending. The fiscal position has been restored to a sustainable path, and public debt is now firmly on a downward trajectory" Lagarde stressed.

Banks in Cyprus froze client accounts for nearly two weeks in March 2013 as the country negotiated with EU-IMF creditors to restructure its $13-billion debt, and bringing the Eurozone to the brink of another crisis.

Lagarde urged the Mediterranean island nation to build on its momentum and continue promoting structural reforms amid renewed global volatility.