US Nuclear Power Station Shut Down After Explosion and Fire (PHOTO, VIDEO) 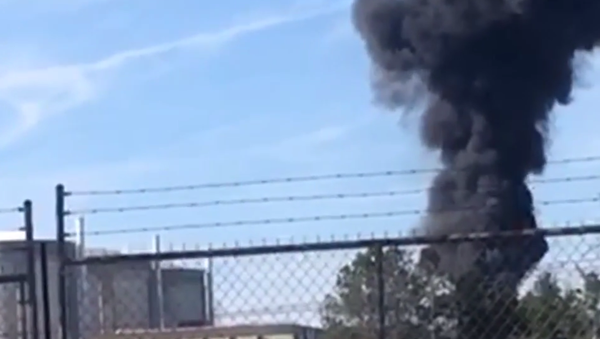 A major nuclear power plant in South Carolina caught fire Sunday, which led to the shutdown of a reactor. Officials state that the fire has been extinguished and there has been no release of radioactive materials.

Germany Urges France to Close Old Nuclear Power Plant
One out of three nuclear reactors at the Oconee Nuclear Station, located on Lake Keowee, in the state of South Carolina, was shut down after a transformer unit caught fire following an explosion, WYFF4.com reported. The incident happened at around 3:30 PM, and has been classified as an "unusual event," later elevated to "alarm" status. No radioactive material was released, according to statements by officials.

The transformer, used to feed power from the Unit 1 reactor to switching equipment at the station, caught fire and burned for half an hour before both plant and Oconee County fire crews stopped the flames. As a precaution, Unit 1 was shut down, while Units 2 and 3 continue to operate.

​Plant personnel were not evacuated, and the plant officials claim that there is no risk to the facility's neighbors.

Power plant site vice-president Scott Batson said the shutdown of Unit 1 did not cause any power outages, as Units 2 and 3 kept up with energy demand.

According to Batson, oil inside the transformer started the fire. Oil is used in a transformer in a number of ways, including electrical insulation, heat dissipation, and electric arc suppression. The exact cause of ignition is currently under investigation.

"At no time during the event was any release of radioactivity, no challenge to the public safety or safety of employees of the plant", Batson told reporters.

Operated by Duke Energy, Oconee Nuclear Station was built in 1973 and had its operation license extended for an additional twenty years, to 2033, by the US Nuclear Regulatory Commission (NRC). In 2011 the plant had its safety systems upgraded to digital.