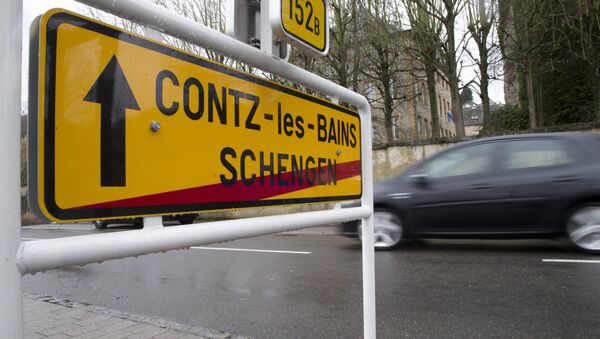 © AP Photo / Virginia Mayo
Subscribe
The idea of creating the Schengen Area was good and of great use to Europeans, who, however, will now have to watch the break-up of this system, according to Christian Makarian of the French weekly news magazine L'Express.

Merkel Calls for EU's Schengen System to Be Fully Restored
L'Express columnist Christian Makarian believes that even though the Schengen Area may have been of great use to many Europeans, the system is bound to collapse in the not-so-distant future.

His remarks come as 10 of the 26 Schengen member states, including Sweden, Belgium, Austria, Hungary and Macedonia, have already introduced temporary border controls within the Schengen free-travel zone amid the ongoing migration crisis in Europe.

All this has led to a so-called a domino effect, Makarian says, pointing to huge "human traffic jams" currently in place in Europe's southern regions, where camps of Syrian refugees have taken root. The situation has left Greece particularly hard hit, according to Makarian. 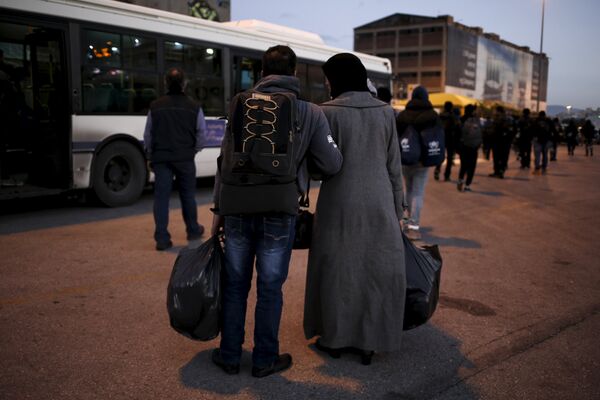 A Syrian refugee couple carry their belongings as refugees and migrants arrive aboard the passenger ferry Nissos Rodos at the port of Piraeus, near Athens, Greece, January 13, 2016
© REUTERS / Alkis Konstantinidis

"Athens, the capital of a bankrupt state, is literally suffocating. In September 2015, a decision was made to receive 160,000 refugees on EU territory within two years, something that will certainly never be implemented," he says.

Commenting on the introduction of border controls, he says that even traditional fraternal nations, such as Austria and Germany, as well as Belgium and France, have turned their back on each other.

However, the Schengen Zone is not to blame because it is the states themselves that did their best to deteriorate the situation due to "either weakness or miserable domestic political schemes," according to Makarian.

This is why he comes to conclusion that the architecture of the Schengen Area, which was established more than three decades ago, may collapse in the near future.

Germany Angered by Schengen Breakaway Group Led by Austria
Clinched on June 14, 1985, the Schengen Agreement abolished the borders between member states, enabling passport-free movement between parties to the treaty. The agreement provides for the temporary closure of internal borders in the event of a threat to national security.

000000
Popular comments
Europe has a refugee crisis because its masters decided to help in the destruction of Syria, Iraq, Afghanistan, Libya, etc. without thinking they might be on the wrong side of history.
dvdgrg09
6 March 2016, 19:25 GMT1
000000
Schengen only worked as long as Europe was populated by indigenous Christian populations with shared moral values. When violent third world thugs and scroungers with barbaric cultures started pouring in it was doomed.