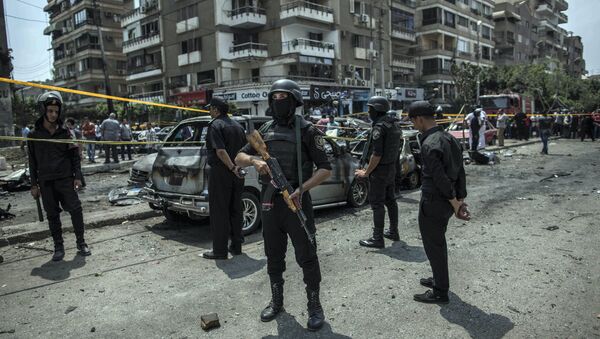 Earlier on Sunday, prosecutors ordered the arrest of six suspects linked to Barakat’s murder in a car bomb attack on June 29, 2015 in Cairo.

"Members of the Muslim Brotherhood who planned this murder are hiding in Turkey. The terrorist attack was plotted and its perpetrators were trained in the Gaza Strip under the supervision of Hamas members. Then the culprits were sent to Egypt across the border," Abdel-Ghaffar said in a press conference.

Egypt’s Top Prosecutor Dies After Bomb Attack
The minister said 14 out of 48 suspected organizers, conspirators and perpetrators of the attack have been detained.