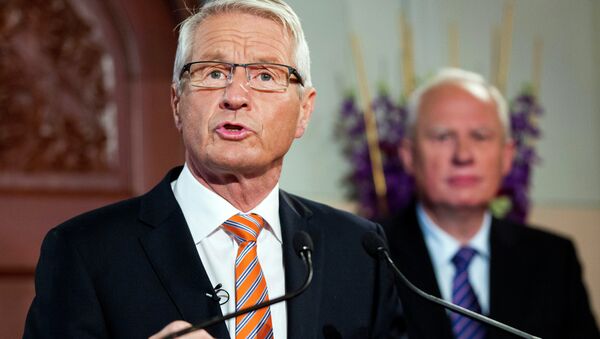 © AFP 2021 / NTB SCANPIX / VEGARD WIVESTAD
Subscribe
The Secretary General of the Council of Europe (CoE) Thorbjorn Jagland on Saturday called on Turkey to respect media freedom in the light of government seizure of the Feza Media Group.

Turkish Police Use Plastic Bullets to Disperse Newspaper Takeover Protests
MOSCOW (Sputnik) —On Friday, a Turkish court ordered the Feza Media Group, which includes opposition newspaper Zaman, Today’s Zaman daily and the Cihan news agency, to be placed under the management of government trustees. The move resulted in mass protest in the largest Turkey's city of Istanbul. On Saturday, Turkish police used tear gas, water cannons and plastic bullets to disperse the protests.

"Yesterday’s court decision to appoint trustees to Zaman media group is yet another worrying development with regard to media freedom in Turkey. The violent events in front of Zaman’s headquarters in Istanbul are also challenging…I call on Turkish authorities to respect their legal obligation to protect media freedom," Jagland said in a statement published on the CoE website.

Jagland said that Turkey was a founding member of the CoE and party to the European Convention on Human Rights to which it must abide.