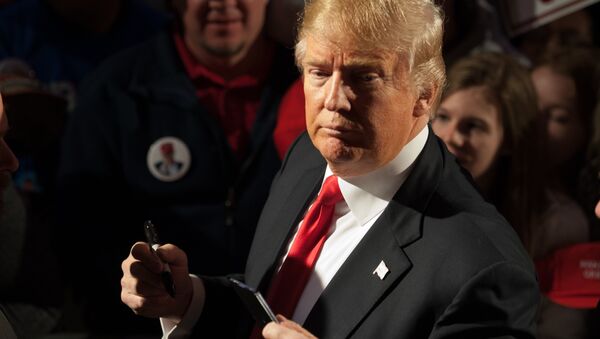 US Presidential candidate Donald Trump expressed hope to improve relations between the United States and Russia, which have deteriorated in recent years.

This is How the 2016 US Presidential Candidates Feel About Russia
MOSCOW (Sputnik) — Unlike most of his Republican rivals, who have criticized Russia over the crisis in Ukraine and the anti-terrorist campaign in Syria, Trump said last September that he would "get along with" Russian President Vladimir Putin.

The United States is holding a presidential election this year. Twelve US states held primaries and caucuses on March 1, known as Super Tuesday.

Trump, a media and real estate mogul, claimed victories in seven of the 11 states where Republican contests were held.