US Congress 'Not Interested' in Labeling Genetically Altered Foods 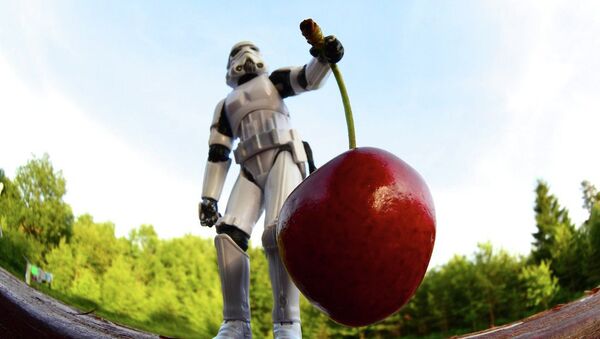 The US Congress is determined to keep American consumers in the dark about potential risks of genetically altered food, the result of an intense lobbying effort by seed-producing chemical companies and packaged food providers, Organic Consumers Association Political Director Alexis Baden-Mayer told Sputnik.

WASHINGTON (Sputnik) — Baden-Mayer explained that the most common form of gene engineering could be found in "plants altered to produce their own insecticides or to resist herbicides" that were applied externally, and no one knew the long-term consequences of such actions.

"It does not look like this Congress is interested in doing anything," Baden-Mayer said. "There’s a lot of corporate pressure to prevent consumers from having any information about genetic engineering."

On Tuesday, the food lobby scored a major victory when the US Senate Agriculture Committee approved a bill that would ban US states from passing genetic labeling laws on their own.

US Government Clears Genetically Modified Salmon for Human Consumption
If approved by Congress, the bill would scuttle a measure set to take effect this summer in the US state of Vermont, requiring the words, "produced with genetic engineering," on labels of altered products. Similar measures pending in 25 other states would be outlawed on a national level.

Corporations such as seed producer Monsanto, and makers of packaged foods such as the breakfast cereal giant Kellogg, have spent hundreds of millions of dollars to lobby Congress against proposed labeling laws, Baden-Mayer told Sputnik. "They have the attention of Congress."

Food producers and chemical companies claim there is no evidence that anyone has ever been harmed by genetically altered organisms (GMO), despite massive amounts consumed in the United States, where almost every item in every supermarket contains some gene-altered ingredients.

Activists, including many scientists, claim that GMO foods cause infertility and infant mortality in animals, among other effects.

The bottom line for anti-GMO activists, Baden-Meyer explained, is that consumers have a right to know what they are eating.