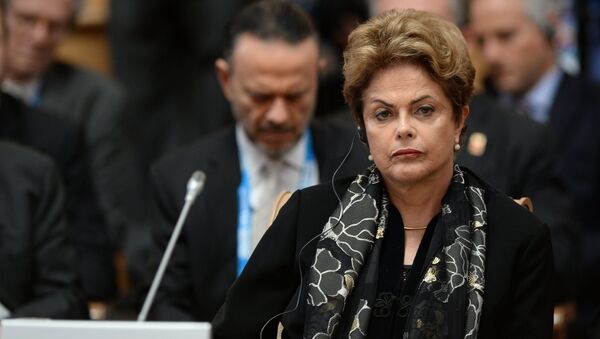 MEXICO CITY (Sputnik) — Earlier in the day, police raided the former leader’s house and took him for questioning as part of a huge graft probe into the national oil company's Petrobras activities.

Brazil-based Petrobras company became a subject to a corruption scandal last year, after it was revealed that several functionaries signed contracts and received for that a 3 percent commission of the contract amount. These funds were further used to bribe politicians and officials. According to the Brazilian authorities, overpricing and bribery brought to the masterminds about $3.8 billion.