'Realistic Dream': Syrian Rebels Could Side With Damascus to Defeat Daesh 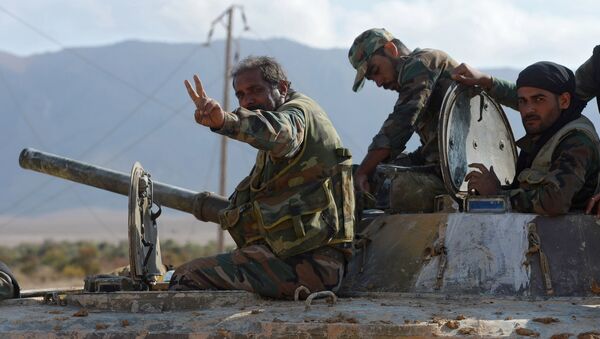 The UN-sponsored ceasefire, which was brokered by Russia and the United States, is largely holding, because the Syrians are tired of fighting, Jürgen Todenhöfer, who became the first Western journalist to be granted access to the territories controlled by Daesh, told RT.

"Every day that this is holding, this is a wonderful day for people," the 75-year-old said. Minor violations have been reported in the days after the truce deal came into effect last Saturday, but major stakeholders agree that the ceasefire regime is becoming more stable.

Todenhöfer mentioned another positive development, which was made possible by the cessation of hostilities.

"There is a move now from the rebels to separate their brigades from those of the terrorists, and this gives an opportunity to attack al-Nusra Front and other al-Qaeda groups, without attacking the rebels," he observed, adding that no rebel, who is fighting, could be called moderate.

The rebels and terrorist groups were previously working together. This complicated any efforts to bring peace to Syria. In recent days, more rebel groups expressed a wish to join the truce deal. On Wednesday, the Russian Defense Ministry announced that four field commanders decided to adhere to the agreement, while negotiations with 11 other moderate opposition groups were underway. 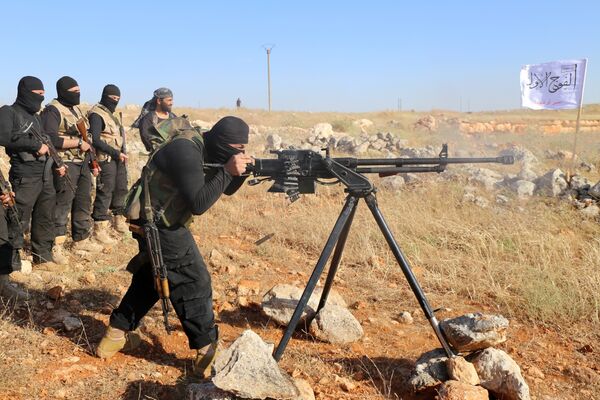 Rebel fighters from the "First Battalion" under the Free Syrian Army take part in a military training on June 10, 2015, in the rebel-held countryside of the northern city of Aleppo
© AFP 2022 / BARAA AL-HALABI

"I am more optimistic, because there are now contacts between the rebels and the government," Todenhöfer noted. "If the rebels would start to fight with the official government army against [Daesh], then we would have a chance to defeat [Daesh], and to have peace in Syria. It is a dream, but a realistic dream."

The journalist, who spent ten days in the Syrian city of Raqqa in 2014, also noted that all those, who are willing to tackle Daesh and other Islamic radicals, need to win the battle for the hearts and minds by showing that their ideology is wrong and anti-Islamic.

Dreadful Premonition: Is ‘US Plan B on Syria a WWIII'?
Daesh "sympathizers should be shown that even from an Islamic standpoint, they are not serving Islam, they are fighting Islam. They are a danger for Islam, and most people they kill – in the Middle East, at least — are fellow Muslims."

Todenhöfer observed that Washington's strategy for the war-torn Arab country could be focused on dividing it into several parts.

"The US divided Iraq, they divided Libya, and now they could divide Syria into four or five parts. Divided countries are weak countries, and I have an impression that certain American politicians like weak countries in the Middle East," he said.