Chaos in Middle East: Does Saudi Arabia Seek to Expand War to Lebanon? 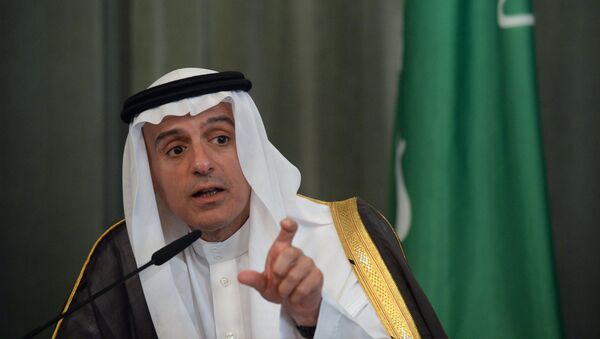 Supported by the US and Germany, Saudi Arabia recently declared Hezbollah a terrorist organization and urged all Saudi citizens to leave Lebanon.

In the struggle between Saudi Arabia and Iran, the government in Riyadh has achieved a diplomatic success. On Wednesday, the Gulf Cooperation Council, including Saudi Arabia, United Arab Emirates, Qatar, Bahrain, Kuwait and Oman labeled the Lebanese militant group Hezbollah a "terrorist organization", DWN wrote.

Saudi Arabia Urges Citizens to Avoid Visiting Lebanon
According to the newspaper, this is the first time when Gulf monarchies have collectively stood against Hezbollah, which is regarded by Sunni Saudi Arabia as an instrument of the Shia leadership in Iran. The move means that Saudi leaders want to further destabilize the Middle Eastern region and plunge Lebanon into chaos, the article said.

According to DWN, such decision could have very painful consequences for Lebanon, especially taken into account the fact, that Riyadh has called on all Saudi Arabian citizens to leave the country and stopped the billion-euro-funding of Lebanese arms projects.

"Lebanon that has been suffering for decades may face a massive disaster: the country has accepted millions of refugees in recent years, despite the fact that it was severely affected by hegemonic wars partly caused by the West," DWN wrote.

Bahrain Designates Lebanon’s Hezbollah as Target of Saudi-Led Coalition
Hezbollah, established in the 1980s, is a paramilitary and political organization originating from Lebanon's Shiite population. The group's primary goal was military opposition to Israel's occupation of the country.