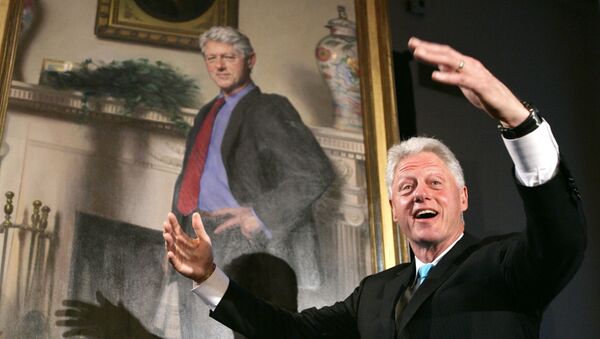 Nearly 100 thousand people are calling for former President Bill Clinton to be arrested for violating election laws by entering multiple polling stations in Boston and other Massachusetts areas on Super Tuesday, creating a massive delay for voters attempting to get to the polls.

Judge Orders Clinton's Aides to Be Questioned About Use of Private Email
By the end of Tuesday evening, a petition had already been launched on Change.org, calling for Massachusetts Attorney General Maura Healey to arrest President Clinton, which immediately gained traction.

The petition cites election laws which prohibit, “campaigning within 150 feet of a polling station, or in any way interfering with the right to vote.” Clinton was photographed and filmed not only near, but inside polling stations. Officials, however, maintain that he broke no laws.

“After being told to refrain from this activity, which is a 3rd degree Voter Violation Felony, for which Clinton indeed must have known the law and chose to violate it, Bill Clinton does not vote in Massachusetts, and would have no other business in a polling station on election day besides campaigning for his wife,” the petition states.

Trump, Clinton Win in 'Super Tuesday' Primary, Caucus Contests in 12 States
Secretary of State William Galvin has defended Clinton, asserting that he broke no laws during his visits to the interior of polling places because he was not handing out any flyers or voting materials.

“Bill Clinton was not only electioneering within the boundary. Although the spokesperson for Bill Clinton denies that he was never inside a polling place, photos and video show him clearly greeting and talking up election workers inside,” the petition asserts.

In addition to his visit to the polling site in Boston, Clinton also stopped in West Roxbury and Newton. Outraged voters complained that they were held up for hours by heavy security as the former president pressed flesh on the stump for his wife.