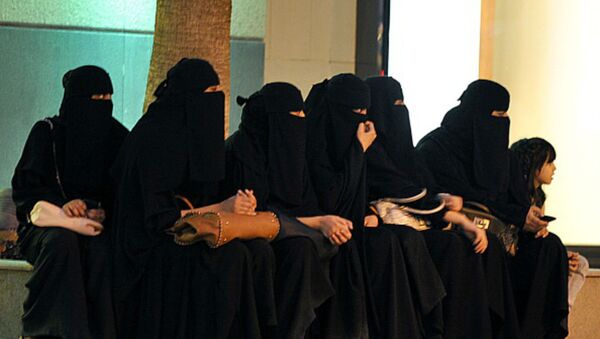 © Flickr / minxin76
Subscribe
International
India
Africa
There has been a massive outcry in Arab countries on social media following the publishing of a lecture in Saudi Arabia on the topic “Are women human beings?”

West Should Stop Being ‘Silent’ on Saudi Arabia’s Human Rights Abuses
The Saudi Academy of Education and Public Consultation published a paragraph from a lecture with a provocative title, the theme of which affects woman's place in society and her role in the family.

“We are a Muslim society with a common God and a common prophet (Peace Be Upon Him). We as far as Almighty forces are concerned have escaped bias, since we will have to answer for it. The meaning of the headline can be understood as follows: a woman is either at a high level, the middle one or the lowest. Unfortunately, many have interpreted the title of low-level understanding of a woman who is our mother, wife, sister or daughter… the title did not dare to underestimate the role of women.”

Despite all efforts of the academy to clarify and explain their point to the public, social media has erupted with slogans and appeals using the hashtag #woman_human (# المرأة_إنسان).

As a result of the outcry the lecture scheduled for March 1, 2016, was canceled. As explained by the Academy the headline was chosen to attract attention.

It should be noted that in 2011, Saudi journalist Ahmad Al-Shuqeiry as part of his program ‘Reflections’ published a video lecture in support of women's rights in society, with the same title “Is woman a human being?” However, no one reacted violently then.