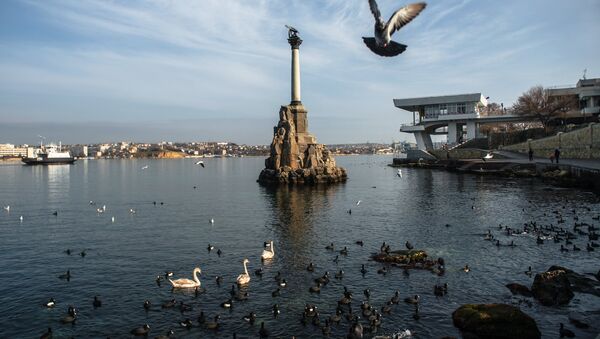 The representatives of the OSCE Parliamentary Assembly are expected to visit Crimea in the second half of 2016, a Russian senator said.

World
OSCE PA Leader Urges Russia to Address Migration to Finland Bilaterally
MOSCOW (Sputnik) — A delegation from the Parliamentary Assembly of the Organization for Security and Co-operation in Europe (OSCE PA) could visit Crimea in the second half of 2016, Russian Senator Vladimir Jabbarov said Wednesday.

"On the sidelines of the OSCE PA session last week, we held a meeting with the Dutch delegation, which said it was planning to assess this matter with Western colleagues during the summer session," Jabbarov told RIA Novosti.

According to the senator, OSCE PA deputies wish to visit Crimea in order to "independently verify that everything is in order and that human rights are respected."

"We are talking about an official visit, this is supported by representatives from the Netherlands, Spain, Switzerland and other countries," he said.

Just Business: Leaked Docs Reveal Poroshenko Recognized Crimea as Russian
In March 2014, 96 percent of Crimean residents voted to secede from Ukraine and rejoin Russia. The Ukrainian government and Western countries have not recognized the legitimacy of the vote, imposing several rounds of sanctions on Russia.

A human rights mission of the Council of Europe visited Crimea in January to objectively assess the situation involving human rights and the rule of law in the region and to prepare a report containing recommendations in a number of key areas.