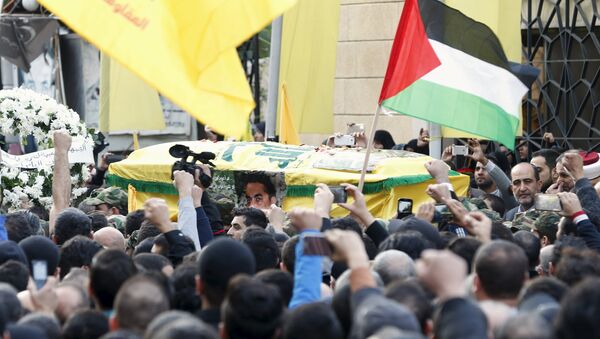 The Cooperation Council for the Arab States of the Gulf (GCC) has designated the Lebanese Hezbollah militant group a terrorist organization, a statement on the regional body’s website said Wednesday.

Russia Has No Plans to Create Alliance With Iran, Syria, Hezbollah
MOSCOW (Sputnik) — Hezbollah, a paramilitary and political organization with roots in Lebanon's Shiite population, was established in the 1980s, and since that time has been engaged in military opposition to Israel's occupation of Lebanon.

"The GCC decided to consider the Hezbollah militia, with all its leaders, its factions and organizations affiliated and emanating from it, a terrorist organization," the statement read.

Hezbollah has been assisting the Syrian army in the fight against terrorists and fighting insurgents and jihadist groups on the ground.