For the NY Times, Islam Is Worse Than Cancer - Study 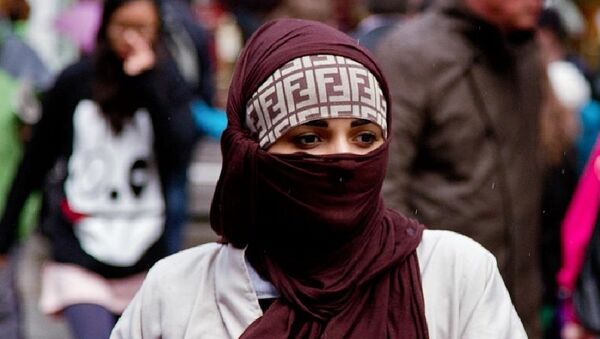 Trump’s Muslim Ban Keys Victory in South Carolina Primary - Pollster
The researchers studied over 2.6 million print and digital headlines from articles published by the newspaper between 1990 and 2014. Headlines were sorted into positive, negative and neutral groups, based on word usage from a list of 7,200 words compiled in 2012, alongside a list of words typically associated with violence.

Analysis of NYT headlines revealed that 57 percent of those headlines that mentioned Islam were negative. Contemporaneous headlines regarding cancer, showed some 34 percent taking a negative tone.

"When we went into it we didn't think it would be surprising if Islam was one of the most negatively portrayed topics in the NYT," co-author Usaid Siddiqui explained. "What did really surprise us was that, compared with something as inherently negative as cancer, Islam still tends to be more negative."

According to 416 Labs, Christianity and Judaism were portrayed negatively in about 20 percent less cases than those of Islam.

Negative portrayals of Islam in the NYT, alongside other major media sources, have been common for long enough that the results of the study should not come as a surprise, researchers stated, cautioning, however, that the percentage is increasing from year to year, and this is a cause for concern.

"Over time it just became too rampant to ignore," said co-author Owais Arshad, who released the results of the study to several prominent Muslim groups, including the Council on American-Islamic Relations.

"Among the Muslim friends I have," he said, "there's been a distinct recognition that the media is a […] source of biased information."

British Muslim Girls Forced to Marriage via Skype to Men Wishing UK Entry
The co-authors do not accuse the NYT of intentionally smearing Muslims and Islam, but they do feel that the results of the research prove that there is a mainstream media bias, and it contributes to current Western Islamophobia.

"Such language does promote the idea that Islam and its adherents are culpable for the violent actions of a few," the report reads.