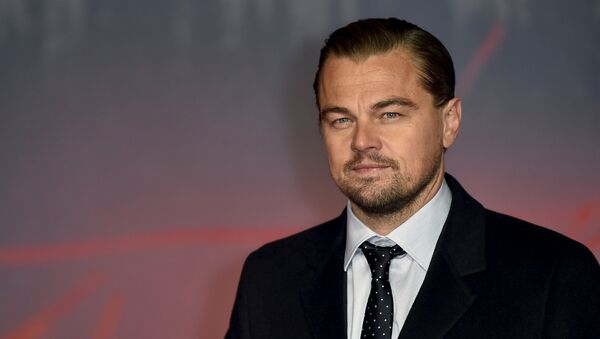 The minister published his informal invitation on his Facebook page.

He also posted a screenshot of a saiga antelope DiCaprio published on his Instagram in mid-December. The actor wanted to draw attention to the plummeting population of the animal, following a "devastating and mysterious illness."

#Regram #RG @Wildnetorg: This has been an incredibly tough year for the saiga antelope, whose population plummeted following a devastating and mysterious illness that wiped out half the population. Now, a plan has been drawn at a UN-backed meeting of conservationists to help restore the population of this beautiful and critically-endangered species.

"I will be glad to discuss with actor and international environmental activist DiCaprio the problem of preserving the saiga antelope population. We will tell him how we are dealing with it in Russia. It would be possible during the ECOTECH forum in Moscow, in late-April. The event will mainly be focused on technologies to preserve biological diversity," Donskoy wrote.

Leonardo DiCaprio won his first Oscar award for Best Actor on February 28, for "The Revenant." In his acceptance speech, the actor called for the global community to counter climate change and protect the environment. DiCaprio also thanked and expressed support for world leaders who want to preserve the planet for future generations. He also underscored that global warming is real and the indigenous people of the world are most affected by climate change.

DiCaprio, one of Hollywood's best actors, is also an environmental activist. In 1998, the US actor founded his own organization, the Leonardo DiCaprio Foundation (LDF), aimed at protecting the world's last wild places.

Earlier, the Russian minister met with movie star and animal rights activist Pamela Anderson to discuss the environment, including the preservation of endangered Amur tigers.