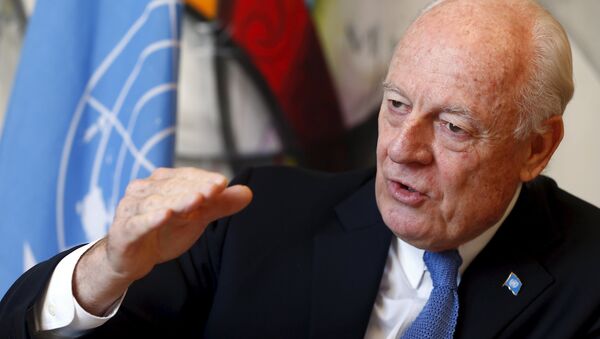 Negotiations between the Syrian government and opposition delegates will begin on March 9.

Next Intra-Syrian Talks to Be Held March 7-24 in Geneva- Syrian Opposition
UNITED NATIONS (Sputnik) — Talks between the Syrian government and opposition delegates are set to begin in the afternoon of March 9, the office of UN Syria envoy Staffan de Mistura said Tuesday.

The crucial reconciliation talks were initially scheduled to restart on March 7. The date was postponed for two days in order to allow more time for "logistical and practical matters."