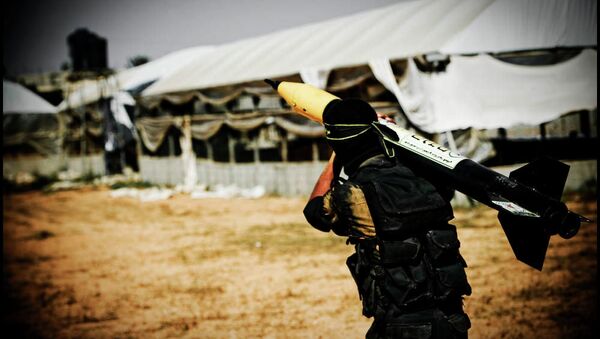 © Flickr / Zoriah
Subscribe
More than 50 companies from 20 different countries are legally supplying Daesh, also known as Islamic State, with bomb-making material, according to a new report by Conflict Armament Research (CAR), which suggests countries are failing to monitor what they are selling.

CAR investigated the supply chain of weapons used in Iraq and Syria and discovered that components used in improvised explosive devices (IEDs) are built using commercial goods that do not require a government export license and fall under the radar and regulation of weapon sales.

#IS forces have manufactured and deployed #IEDs across the battlefield on a quasi-industrial scale.Made of components…

The investigation found that the weapon supply chain in Iraq and Syria has links to markets in other countries including Turkey, India and the United States.

"IS [Daesh] forces have manufactured and deployed improved explosive devices (IEDs) across the battlefield on a quasi-industrial scale….Made of components that are cheap and readily available, IEDs have become IS forces' signature weapon", the report 'Tracing the supply of components used in Islamic State IEDs' says.

Over 20 months, investigators traced the supply chain of more than 700 components used by Daesh militants to make IEDs and found 51 companies from 20 different countries were involved in the manufacture of those detonated by Daesh.

Company headquarters in Japan, Switzerland and the United States manufactured micro-controllers and transistors used in remote-controlled IEDs by Daesh militants in Iraq, the report also states.

Five phones seized by Peshmerga forces from Daesh in Iraq were part of a batch of Nokia 105 RM-908 bought by a trading company in Yemen and delivered to a business in Dubai.

"Microsoft Corporation, of which Microsoft Mobile is an affiliate, has provided CAR with extensive information on the chain of custody of ten mobile telephones seized from IS [Daesh] forces in Iraq," the report states.

"They were delivered to local providers in Erbil, Iraq or Dubai, where they were likely purchased by IS [Daesh] intermediaries or operatives."

CAR approached representatives of the companies involved and said some were surprised and even shocked.

"Western companies with subsidiaries in Turkey could tell their distributors that they do not want their products going to IS [Daesh] anymore. We hope that's going to happen and we think it will."