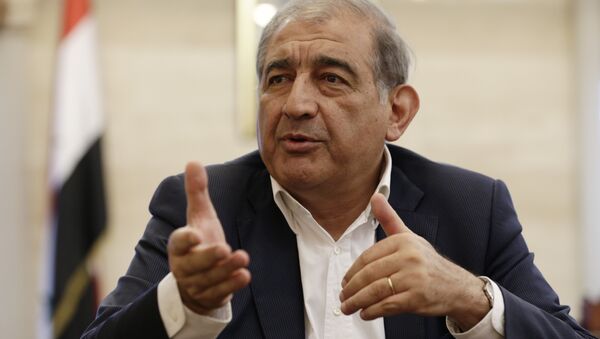 It would be hard to derail the upcoming round of Syria peace talks on March 7 in Geneva, as the Russia-US brokered ceasefire set the conditions for them, a member of the Syrian opposition delegation formed after meetings in Moscow and Cairo told Sputnik.

New Tactics? 'Syrian Army May Regroup' to Destroy Daesh Amid Ceasefire
MOSCOW (Sputnik) Svetlana Alexandrova – UN special envoy for Syria, Staffan de Mistura, said Friday that the halted talks on Syrian reconciliation, which began on January 29, will resume on March 7 in Geneva, provided that the ceasefire brokered by Moscow and Washington holds.

"The March 7 talks will take place. Last time the conditions to begin talks in Geneva were not adequate and objective, while now conditions to begin them have been established. Let’s see whether the sides interested in derailing the talks will find reasons to derail and ignore negotiations. I think in this situation it will be hard," Qadri Jamil, one of the leaders of the Syrian Popular Front for Change and Liberation, said.

According to Jamil, there may be provocations as the process of reconciliation is complex. The opposition figure called on all sides to begin negotiations to achieve definite ceasefire.

Syria has been mired in civil war since 2011, with government forces loyal to Syrian President Bashar Assad fighting against numerous opposition factions and extremist groups, such as Daesh, which is banned in a range of countries, including Russia.

The UN Security Council will monitor the Syrian ceasefire and draw conclusions on violations of the truce, including those carried out by Turkey, a member of the Syrian opposition said.

In recent weeks Turkey has been shelling towns in northern Syria. Ankara has claimed the Syrian Kurds have links to the Kurdistan Workers’ Party (PKK), which is fighting for Kurdish independence from Turkey and is considered a terrorist organization by Ankara.

"The UN Security Council has groups which monitor the ceasefire regime. They will report [to the council] and corresponding conclusions will be drawn," Qadri Jamil, one of the leaders of the Syrian Popular Front for Change and Liberation, said.

On February 22, Russia and the United States reached an agreement on the ceasefire in Syria. The ceasefire took effect at midnight on February 27, Damascus time. It does not apply to terrorist groups operating in the country. The UN Security Council unanimously adopted Resolution 2268 endorsing the Russia-US agreement shortly before the ceasefire came into force.

Turkish Presdient Recep Tayyip Erdogan has criticized the ceasefire deal, arguing Syria's Kurdish Democratic Union (PYD) and the Kurdish People's Protection Units (YPG) should be excluded from the ceasefire process in the same way that the Islamic State is. Ankara considers the PYD and YPG to be terrorist organizations.