Japanese Companies Seek to Operate in Russia Despite Sanctions 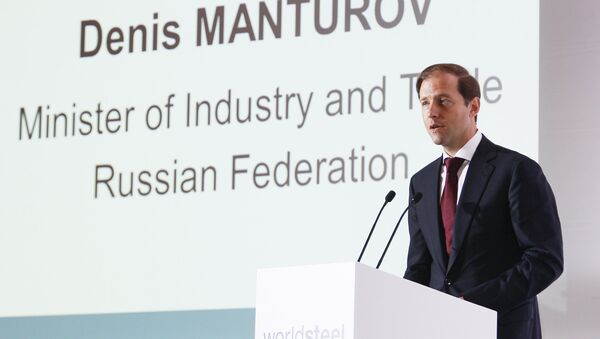 "The combined value of investments made by Japanese companies in Russia amounts to $12 billion and the numbers speak for themselves. Japanese businesses remain interested in these already completed projects and, according to a Japan Business Federation poll, most companies are interested in developing new projects. Meanwhile, we will create the most comfortable conditions from that," Manturov said at a press conference.

Japanese business remains sensitive about starting new projects due to the political nature of such decisions in light of the anti-Russian sanctions, Manturov said, adding that Japan has chosen not to join the anti-Russian sectoral sanctions in the area of finance. Such moves indicate that business ties between Russia and Japan can resume in the near future, he added.

Relations between the two countries deteriorated after Tokyo announced its support for certain Western economic sanctions imposed against Russia in 2014 over Moscow's alleged interference in the eastern Ukraine conflict. Russia has resolutely denied the accusations.

As a result, the volume of trade between Russia and Japan has diminished by almost 30 percent over the past year, according to figures cited by Russian lower house speaker Sergei Naryshkin in January.