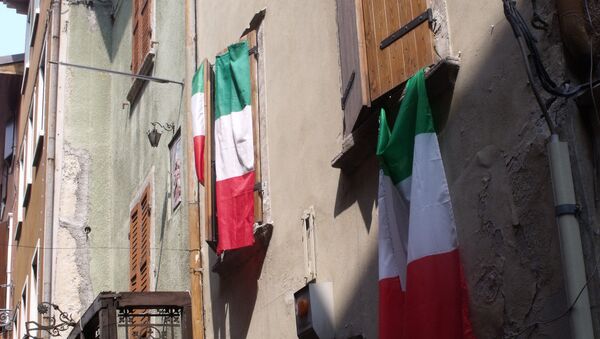 Italian exports to Russia in 2015 were worth $3.7 billion less than before sanctions, Italian newspaper Repubblica reported.

"Sanctions have fueled a long commercial war that has hit all sectors of Italian production, from food to fashion to cars," said Coldiretti, Italian newspaper Repubblica reported.

"Italian exports to Russia in 2015 were worth 7.1 billion euros ($7.7 billion), a decrease of 3.7 billion euros ($4 billion) compared to 2013, the year before sanctions were introduced," said Coldiretti, citing figures from the Italian National Institute of Statistics.

The greatest decline was in car exports, down 60 percent, followed by exports of textiles, clothing and accessories (31 percent), and furniture (27 percent).

The food industry lost 240 million euros ($261 million) in exports to Russia, an effect compounded by the resulting oversupply of food products on the European market and consequent decrease in prices, Coldiretti said.

Merkel Asks German Businesses to be Patient With Anti-Russian Sanctions
In December the European Council prolonged sanctions against some Russian companies and individuals for another six months, until July 31 2016.

It first imposed them in March 2014 after residents of Crimea voted to join the Russian Federation in the aftermath of the Maidan coup in February 2014 that overthrew Ukraine's elected government.

In response to the sanctions imposed by the US, Canada, Japan EU, and some other European countries, Russia announced counter-sanctions, which include a ban on the import of European food and textiles that was first put in place in August 2014.