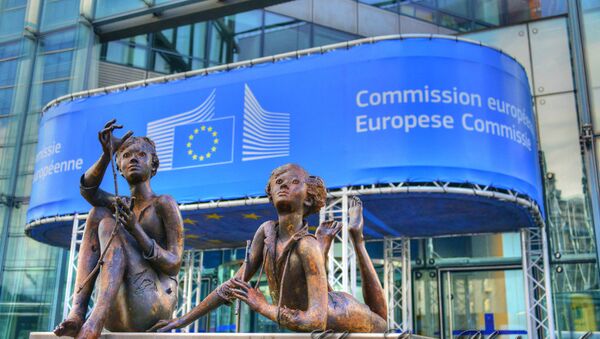 The European Commission published a variety of arrangements aimed at intencifying data protection and privacy rules, after dialogue with Washington.

MOSCOW (Sputnik) — The European Commission unveiled a batch of arrangements under discussion with Washington that are aimed at strengthening data protection and privacy rules.

The EU decision-making body said controls against the bulk data collection of European private and corporate data by the United States and US entities were introduced following the 2013 scandal over mass surveillance by the US National Security Agency (NSA).

"For the first time, the US government has given the EU written assurance… that any access of public authorities for national security purposes will be subject to clear limitations… preventing generalised access to personal data," the European Commission's statement reads.

US Reluctant to Guarantee Full Data Privacy Rights to Europeans
The initiative includes tougher EU data protection rules for US companies providing services on the EU market and a renewed framework for commercial data exchange, called the EU-US Privacy Shield.

Brussels and Washington have also agreed to raise data protection standards for data transfers across the Atlantic "for law enforcement purposes." EU citizens will be able to take US firms to court for violating their privacy if a complaint is not addressed by a company within 45 days.