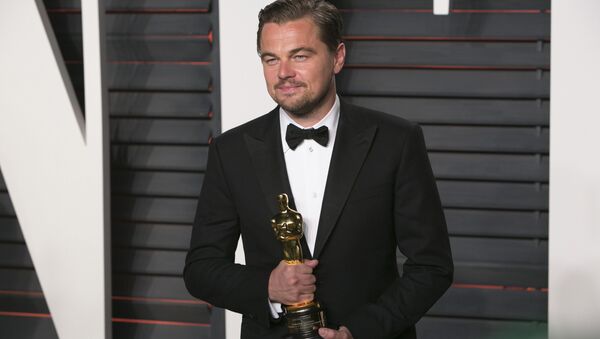 A Russian artist and fan of Leonardo DiCaprio commemorated his triumph at the Academy Awards ceremony in her own unique style.

Russian artist Irina Romanovskaya spent an entire night painting a portrait of Leonardo DiCaprio using probably one of the most extravagant painting 'tools' in existence – her breasts. 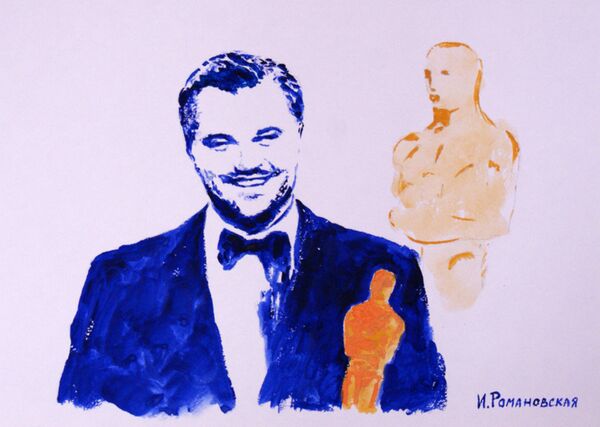 According to Romanovskaya, she intends to travel to Hollywood to present the painting to DiCaprio personally.

"I’m thrilled with the fact that DiCaprio got the long-awaited ‘Oscar’; I believe that everyone was waiting for this moment. He’s one of my favorite actors," the artist wrote in her blog.

Previously Romanovskaya had painted portraits of US President Barack Obama, football player Lionel Messi and a number of other celebrities using the same breast-painting technique.

Leonardo DiCaprio won this year's Best Actor in a Leading Role award at the 2016 Oscars for portraying Hugh Glass, an American frontiersman in "The Revenant." A lot of people were happy to see DiCaprio finally win the coveted award after having been nominated six previous times.