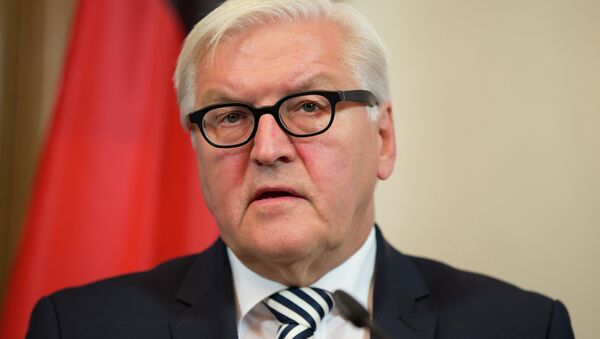 German Foreign Minister Frank-Walter Steinmeier on Sunday expressed optimism in regard to the ceasefire in Syria.

Over 34 Towns in Central Syria’s Hama Province Observe Ceasefire
MOSCOW (Sputnik) — On Monday, Russia and the United States reached an agreement on the ceasefire in Syria. The ceasefire, which excludes the terrorist groups Islamic State (Daesh) and the Nusra Front, which are outlawed in many countries, including Russia, took effect at midnight on Saturday Damascus time (22:00 GMT on Friday).

"Not everywhere the agreed ceasefire has been implemented at once and fully. But for the first time the chance to have a real truce has appeared," Steinmeier told the German Welt am Sonntag newspaper in an interview.

He added that that hope to reach peace in Syria was increasing not only for the Syrians within the country, but also for Syria's citizens, who became refugees in other countries.

Syria has been mired in civil war since 2011, with forces loyal to President Bashar Assad fighting against a number of opposition factions and extremist groups. The international community, including Russia, the United States and Germany, has been making efforts to settle the crisis.