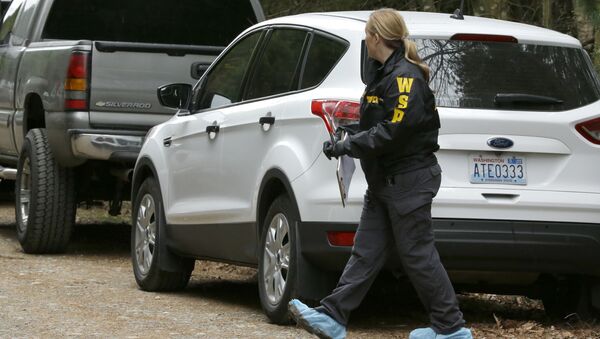 Kazakh officials are checking facts on whether teen victims who were shot recently in Washington could have been adopted in Kazakhstan, Foreign Ministry spokesman Anuar Zhaynakov said Sunday.

ASTANA (Sputnik) — Kazakh diplomats continue to verify information on the teen victims of the recent shooting in the US state of Washington, that could have been adopted in Kazakhstan, Foreign Ministry spokesman Anuar Zhaynakov said Sunday.

"Our diplomats continue to establish children's origin," the spokesman told RIA Novosti in an interview.

Two Boys’ Murder Investigation Made Difficult by Remote Location
On Friday, David Wayne Campbell, 51, from the state of Washington called the police and reported that he had shot two children, a woman and another person. The man shot himself hours after police had arrived. The county coroner identified three victims: Lana J. Carlson, 49, Quinn Carlson, 16, and Tory Carlson, 18.

On Saturday, Deputy Sheriff of Mason County Ryan Spurling said that the killed children might have stemmed from Kazakhstan, while the county's Coroner Jane Pentz told Sputnik that, according to police, the boys were of Russian nationality.

Children Killed in Washington Were Adopted in Russia – Russian Ombudsman
Earlier in the day, Russian children's rights commissioner Pavel Astakhov said that difficulties with establishing the citizenship of teenagers were linked to the refusal of the US authorities to create a single database of adopted children.

Russian diplomats along with the country's Foreign Ministry also continue to clarify whether the teenagers killed in the shooting had been adopted in Russia.