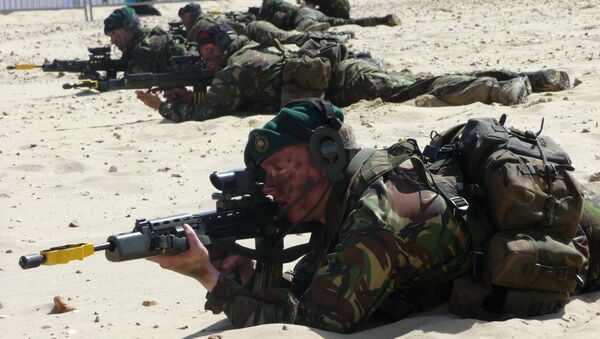 The United Kingdom has secretly deployed a group of special forces commandos to advise Libya on repelling the Daesh advance, Western officials and sources on the ground told British media.

MOSCOW (Sputnik) – A "small number" of British advisers are said to be working "very much in the background" alongside US counterparts in Misrata, sources told The Telegraph daily late Saturday.

US military operatives have reportedly begun "giving tactical training" to select local militias earlier, according to the daily.

Falling Into the Same Trap? Why US Airstrikes in Libya 'Won't Weaken Daesh'
Libya has been in a state of turmoil since the 2011 Arab Spring movement, which later led to a civil war and the overthrow of the country’s leader Muammar Gaddafi.

The instability in the country facilitated the emergence of numerous militant groups, particularly Daesh, which is outlawed in many countries, including the United States and Russia.