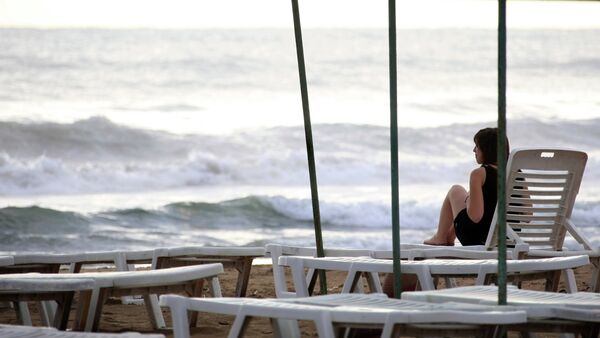 The losses of the Egyptian tourism industry since November 2015 to February 2016 amounted to approximately $2.3 billion, local media reported citing a source in the country's tourism ministry.

CAIRO (Sputnik) —  Russia suspended all flights to and from Egypt last fall after a Russian A321 plane crashed in the Sinai desert on October 31 while flying from the resort city of Sharm el-Sheikh to St. Petersburg. All 224 people on board died in what has become the largest civil aviation disaster in Russian history. Britain also suspended flights to Sharm el-Sheikh after the Russian plane crash.

"The tourist outflow began after the crash of the Russian airliner, and is still continuing," the source said as quoted by the Egyptian Al Gomhuria newspaper.

Paradise Lost: ‘Turkey Losing Its Status of Top Tourist Destination’
He added that the ministry expected a further drop in revenues from tourism in the coming months due to the unstable security situation in Egypt.

Russia’s Federal Security Service (FSB) said the air tragedy was the result of a terrorist attack. Daesh terrorist group, which is banned in Russia and many other countries, claimed responsibility for it. Russian and Egyptian air safety experts have been working to improve security at Egyptian airports, which Moscow considers key to removing its flight ban.