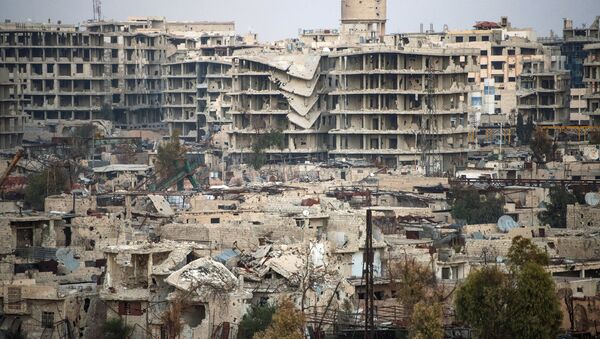 According to a local military source, militants from Jaysh Al-Islam fired mortar rounds on Saturday at residential areas in the Syrian capital of Damascus.

"Terrorists in the Jobar and Duma neighborhoods [in Damascus] fired mortars at Damascus residential areas. There have been no reports of dead or wounded among the civilian population," the source said.

Jaysh Al-Islam and Ahrar al-Sham have strongholds on the outskirts of Damascus. Both groupings are allies of the UN-blacklisted Nusra Front terror group. They did not sign up to the US-Russia brokered ceasefire, which excludes the Nusra Front and Daesh.