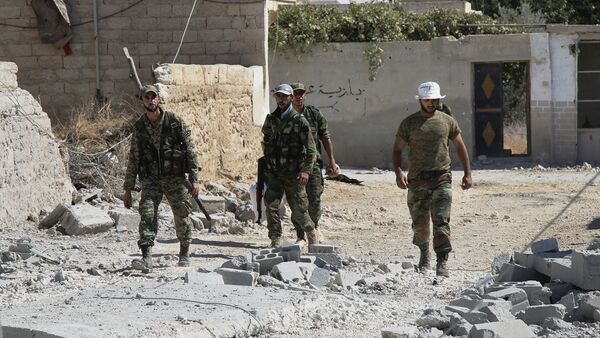 The attack, hours after a ceasefire between Syrian government and rebel forces took effect, took place at the eastern entrance of Salamiyah city, according to the SANA news service.

Stand and Fight: Amid Ceasefire, Syrian Army Refocuses on Taking Down Daesh
Russia and the United States reached an agreement on the ceasefire in Syria on February 22. The ceasefire took effect at midnight on Saturday, Damascus time (22:00 GMT on Friday).

Syria Ceasefire ‘Best Chance’ to Reduce Violence in Conflict-Torn State
The cessation of hostilities does not apply to terrorist groups operating in Syria, such as Islamic State (IS, also known as Daesh) and Jabhat al-Nusra (Nusra Front).

No group claimed responsibility for the latest attack in Salamiyah.