International Community 'Should Rely on Putin, Assad' During Ceasefire 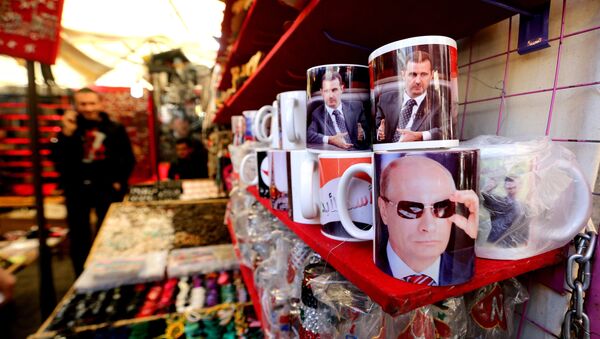 © AFP 2021 / JOSEPH EID
Subscribe
After five years of conflict a ceasefire takes effect in Syria and the world has no choice but to pin hopes on the goodwill of Russian President Vladimir Putin and his Syrian counterpart Bashar Assad, according to the German news network N-TV.

Syria Ceasefire ‘Best Chance’ to Reduce Violence in Conflict-Torn State
With a ceasefire already in place in conflict-torn Syria, the international community has no choice but to rely on good intentions of Russian President Vladimir Putin and his Syrian partner Bashar Assad, expert Issio Ehrich wrote in an article published by the German news network N-TV.

"Obviously, at the moment there is no other alternative but to rely on the good will of Putin and Assad", he pointed out.

Even though he remained downbeat about the implementation of the truce in Syria, he insisted that in theory, a ceasefire agreement is being seen as quite feasible.

Ehrich recalled that the ceasefire plan proposed by Moscow and Washington was supported by both the Syrian government and the main opposition groups, which he said will now be under severe pressure. 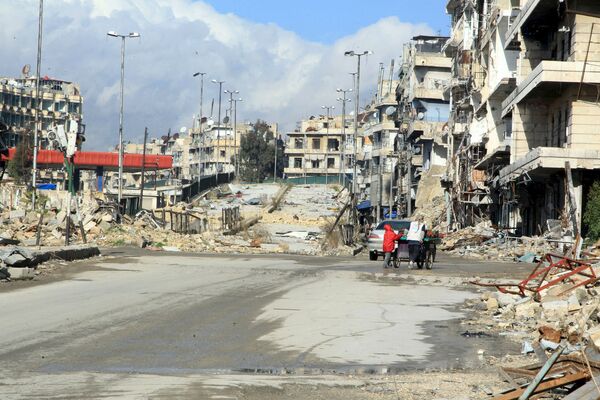 According to him, if any of these groups violates the truce, it would mean the collapse of this organization, which will never be supported by Washington again.

It will also be the case with Saudi Arabia, which in unlikely to justify its support to opposition groups under such a scenario, Ehrich said.

He added that in this regard, opposition governmental forces will be unable to change the course of events in Syria, where Assad's army, supported by the Russian Air Force, has made considerable progress in the past few months.

According to the N-TV, the ceasefire could add to the implementation of a UN Security Council plan to form an interim government for Syria, approve a new constitution and hold free elections in the summer of 2017.

Russia and the United States reached an agreement on the ceasefire in Syria on February 22. The ceasefire took effect at midnight on Saturday, Damascus time (22:00 GMT on Friday).

Syria Government Forces Set to Continue Fighting Terrorists Amid Ceasefire
The UN Security Council unanimously adopted a resolution endorsing the Russia-US agreement on the cessation of hostilities in Syria on Friday, shortly before the ceasefire came into force.The ceasefire does not apply to terrorist groups operating in the country, such as Daesh (ISIL/ISIS) and the Al-Nusra Front.

Meanwhile, UN Special Envoy for Syria Staffan de Mistura has said that intra-Syrian peace talks are due to resume on March 7, with their first phase set to last for three weeks, provided that the ceasefire is adhered to.