Russian Goal in Syria Fighting Terrorism, Not Competition With West 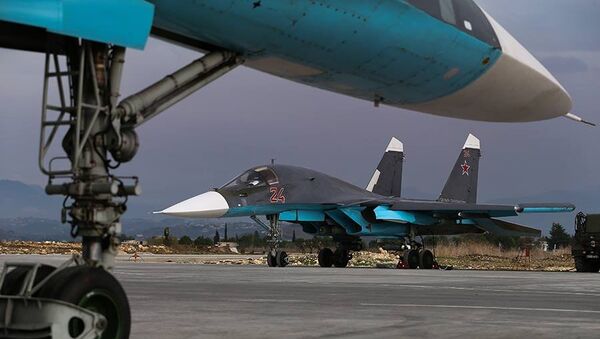 © Photo : Russian Defence Ministry
Subscribe
International
India
Africa
Russia's Permanent Representative to the European Union Vladimir Chizhov said that the Russian goal in Syria is the fight against terrorism, not competing with the West for influence in the region.

Arab League Welcomes Russia-US Statement on Syria Truce
MOSCOW (Sputnik) — The Russian goal in Syria is the fight against terrorism, not competing with the West for influence in the region, Russia's Permanent Representative to the European Union Vladimir Chizhov said.

"It has not been Russian intention to make this as a contest with the West, you know, fighting for influence and for certain positions in the region. What Russia has been focusing on is to combat the obvious threat of terrorism, represented primarily by ISIL [Daesh], and also al-Nusra and other organizations," said Chizhov during the interview to CNN.

He noted that the primary task is to ensure the safety of Russia and to prevent the infiltration of terrorists into the country.

Syria has been in a state of civil war since 2011, with government forces loyal to President Bashar Assad fighting against numerous opposition factions and terrorist groups, such as Daesh, outlawed by many countries countries, including Russia.

Russia has been conducting airstrikes against Daesh targets in Syria at the request the Syrian government since late September 2015.