Russian Envoy to EU Rules Out Any 'Plan B' on Syria 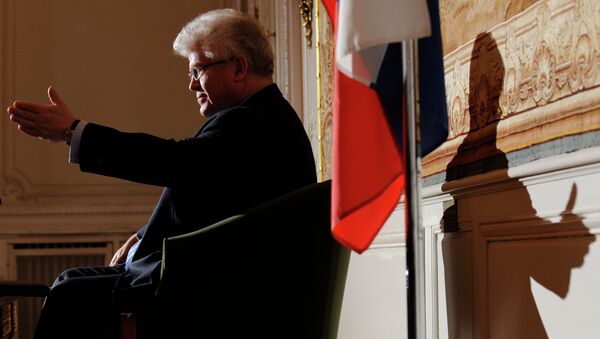 © AFP 2021 / JOHN THYS
Subscribe
The Russian authorities do not consider any alternative plan to resolve the situation in Syria, furthermore, talks about it are useless in the diplomatic process, Russia's EU envoy Vladimir Chizhov said.

Russia-US Draft Resolution in Support of Syria Ceasefire Circulated at UNSC
MOSCOW (Sputnik) – Earlier in the week, US Secretary of State John Kerry announced steps that would be made toward a backup plan that could include the division of Syria if the ceasefire planned for Saturday does not work or if an actual swing to a transient government does not happen within the next few months.

"Russia does not have any Plan B and we have heard nothing from others, including the United States of the existence of any plan B, and I think the very talk about it is very unhelpful, because if you launch a major initiative and immediately start talking about what happens if it fails, then your own commitment to that can be questioned," Chizhov told CNN on Thursday.

On Monday, Russia and the United States announced an agreement on the cessation of hostilities between the Syrian government of President Bashar Assad and armed opposition factions in the country. The agreement is set to come into force on February 27 at midnight Damascus time.