US Intel Director Claims Syria ‘Has Not Declared’ All Chemical Weapons 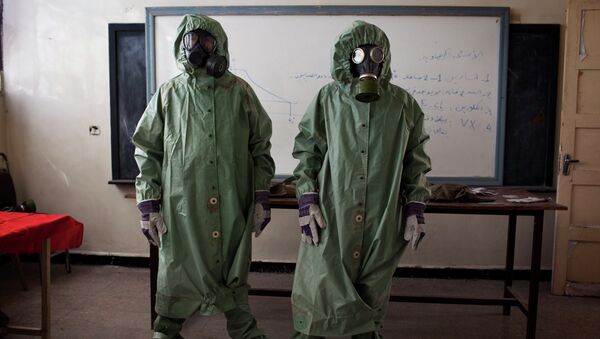 The United States believes Syria has not declared all of its chemical weapons program to the Chemical Weapons Convention, Director of National Intelligence (DNI) James Clapper said in a testimony to the US House of Representatives Select Intelligence Committee on Thursday.

WASHINGTON (Sputnik) — In 2013, a massive chemical weapons attack was carried out in the Syrian suburb of Ghouta which killed more than 1,300 civilians. Both the Syrian government and the militant factions that oppose it blamed one another for the attack.

"We assess that Syria has not declared all the elements of its chemical weapons program to the Chemical Weapons Convention (CWC)," Clapper stated. "Despite the creation of a specialized team and months of work by the Organization for the Prohibition of Chemical Weapons (OPCW) to address gaps and inconsistencies in Syria’s declaration, numerous issues remain unresolved."

Clapper also accused the Syrian government of continuing to use chemicals "as a means of warfare," and said he believed even non-state actors were using chemical weapons.