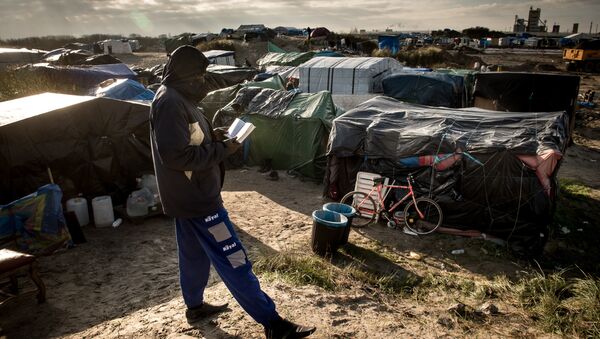 The UN World Food Program's (WFP) aid intended for the besieged Syrian city of Deir ez-Zor has landed mostly in territories controlled by Daesh, a source in the city's administration said Thursday.

BEIRUT (Sputnik) — Earlier on Thursday, the United Nations said that the WFP had dropped 21 tons of aid into city on Wednesday.

"Planes dropped the humanitarian help sent by the United Nations into the territory controlled by Daesh. Just two containers ended up in the areas where the Syrian army [is located]," the source told RIA Novosti.

The contents of the containers that landed on the government-controlled territory has been badly damaged due to a parachute system failure, the source added.

Fierce Battle: Syrian Army Thwarts Daesh Assault on Deir ez-Zor
According to earlier reports, the WFP has issued a statement admitting difficulties with the operation, adding that necessary adjustments are being carried out.

Some 200,000 people living under the Daesh-imposed siege in Deir ez-Zor are experiencing severe water shortages and a total lack of electricity, according to the United Nations.

Russia has also been providing humanitarian aid to the Syrian people, including through joint efforts with the Syrian government, particularly in Deir ez-Zor.