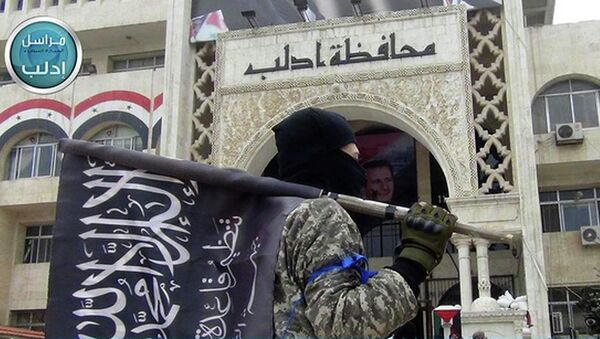 Daesh and al-Nusra Front are internationally recognized terrorist organizations and Damascus will not allow them to participate in the cessation of hostilities in Syria, Syrian Ambassador to Russia Riyad Haddad said Thursday.

Does Kerry's 'Plan B' on Syria Originate From 2008 Secret US-Saudi Plan?
MOSCOW (Sputnik) – On Monday, US Secretary of State John Kerry and Russian Foreign Minister Sergei Lavrov announced an agreement on cessation of hostilities between the Syrian government of President Bashar Assad and the armed opposition factions had been reached. The agreement will come into force on February 27.

The Syrian government is ready to take part in the negotiations with the country's opposition as soon as UN-brokered Syrian peace talks resume, Haddad said.

"The government is ready to participate in any intra-Syrian dialogue… There are two separate tracks here. The first one is a continuation of the fight against terrorism, and the second one is the search for a political solution to the issue. We will work on both tracks," Haddad told reporters.