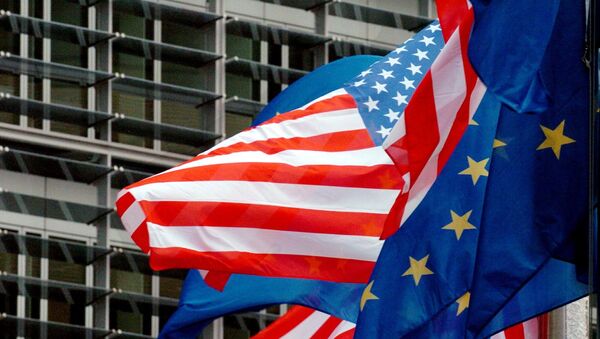 Alexander Mercouris
London-based lawyer
All materials
As the British gear up for a referendum to decide whether or not to remain in the EU, the most important fact about the EU is never mentioned.

Europe and Germany Need New Government ASAP...'Without Angela Merkel'
The dominant silent partner in the EU is not Germany but the US.

German Business Hungry to Return to Russian Market Despite Sanctions
What happens in reality is that US President Obama tells German Chancellor Angela Merkel and French President Hollande to extend the sanctions, the Commission drafts the decision, COREPER ratifies it, and it is then published without further discussion on the Europa website.

Get Out! German Politicians Want to Exclude Greece From Schengen Area
German Finance Minister Schauble has for example said that during the Greek crisis last July German Chancellor Merkel reversed her backing for his plan for Greece to be expelled from the eurozone after being told to do so by US President Obama.