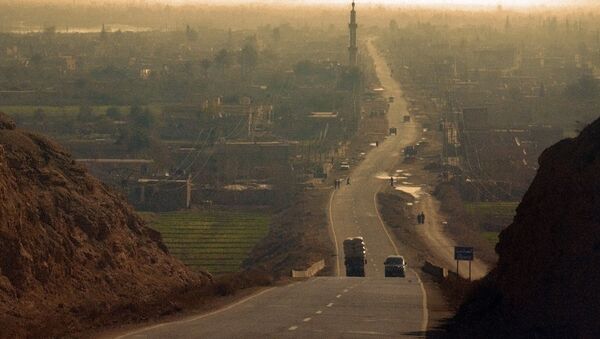 “We have received initial reports from the SARC team on the ground that pallets have landed in the target area as planned,” O’Brien stated on Wednesday.

He noted although there are operational risks associated with airdrops, “we recognize that there are benefits to this approach in some areas of Syria as a last resort.”

Russian Planes Will Deliver UN Humanitarian Aid to Syria's Deir ez-Zor
Some 200,000 people living under the Daesh-imposed siege in Deir ez-Zor are experiencing severe water shortages and a total lack of electricity, according to the United Nations. Daesh, also known as the Islamic State, is designated as a terrorist organization and outlawed in numerous countries, including in the United States and Russia.

“In summary, the United Nations and its partners have reached 110,000 people in besieged areas. We have approval to reach a further 230,000 people, including through the airdrops in Deir ez-Zor. But we are still waiting for approval an additional 170,000,” O'Brien noted.

Syria has been mired in civil war since 2011, with multiple Islamic opposition factions as well as extremist and terrorist groups, including Daesh fighting the Syrian army to topple the government of Bashar Assad.

Russia has been providing humanitarian assistance to the people of Syria, including through joint efforts with the Syrian government, particularly in Deir ez-Zor.