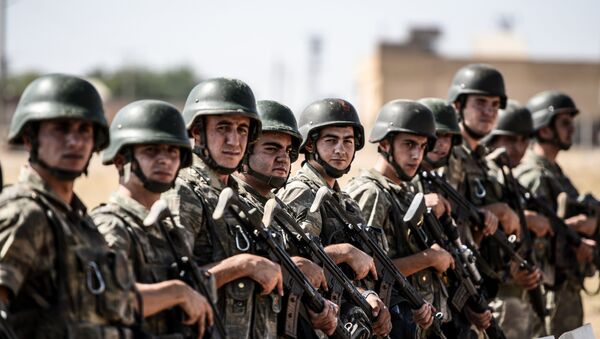 © AFP 2022 / OZAN KOSE
Subscribe
The former head of the General Staff of the Turkish Intelligence Agency told Sputnik that the Armed Forces have been growing discontent with the Syrian policy of the Turkish leadership.

How ‘Turkey, Saudi Arabia Try to Justify Their Own Imperialism’ in Syria
Ankara's policy towards Syria, in particularly, the statements by the Turkish leadership, indicating the intention to conduct a ground operation in Syria, directly affects the Turkish Armed Forces.