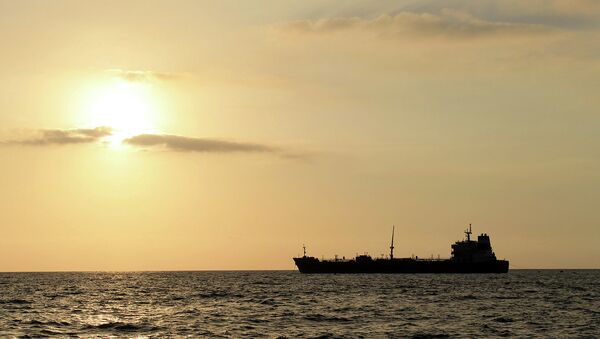 © Flickr / rabiem22
Subscribe
The Nigerian Navy said Wednesday it had recaptured an oil supply vessel from local pirates but they got away with a Russian and a Nigerian crew members.

Pirates Kidnap Lithuanian, Ukrainian Nationals Near Nigeria
MOSCOW (Sputnik) — The attack on the French MV Bourbon ship took place in the Gulf of Guinea. The Navy promptly dispatched a task force, NNS Centenary, which rescued the ship at about 2 p.m. local time on Wednesday.

"One Russian and a Nigerian were abducted from MV Bourbon before NNS Centenary was able to contact and rescue the vessel from the hijackers. Efforts are currently ongoing to ascertain the whereabouts of the abducted crew men," the Navy said in a statement.

A foreign oil tanker, carrying 4,700 tonnes of diesel, has recently been rescued by the Nigerians off the coast of Ivory Coast. The Navy killed one pirate and arrested six others.

000000
Popular comments
Russia can send it's friendly envoys. Cough. be ready for a mess. Ask Turkey.
cast235
25 February 2016, 00:46 GMT
000000
The poor Russians just got into something, they are just oil thieves: www.maritime-executive.com/article/tanker-hijacking-shows-growing-risk-off-nigeria