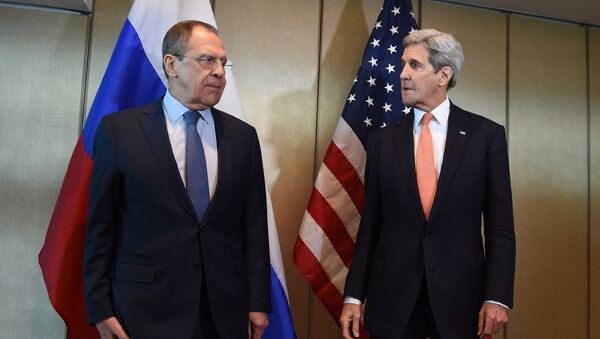 Kremlin Comments on Kerry's 'Plan B' Should Syrian Ceasefire Deal Fail
MOSCOW (Sputnik) — On Monday, US Secretary of State John Kerry and Russian Foreign Minister Sergei Lavrov announced an agreement on cessation of hostilities between the Syrian government of President Bashar Assad and the armed opposition factions had been reached. The agreement will come into force on February 27.

"On the same day the presidents of Russia and the United States approved a joint initiative on the cessation of hostilities in Syria calls were heard from US allies and Washington itself questioning the viability of this agreement," Lavrov said at a meeting with former US Senator Sam Nunn.

Earlier, Kerry announced steps that would be made toward a backup plan that could include the division of Syria if the ceasefire planned for February 27 did not work or if an actual swing to a transient government does not happen within the next few months.

"We want to frankly say that these voices appear to be seeking war and not peace," he added.