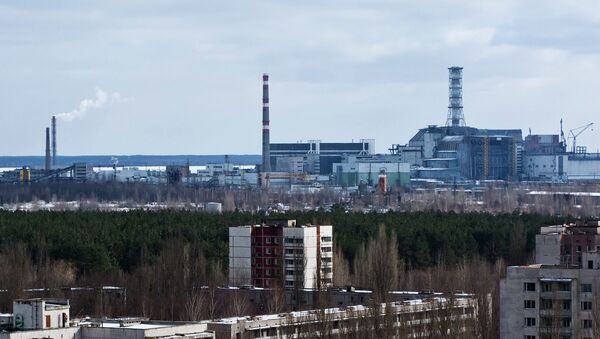 © Flickr / Pedro Moura Pinheiro
Subscribe
The radioactive area near the Chernobyl nuclear power plant will have an unusual present for its upcoming 30th anniversary in April: the Ukrainian government decided to turn Chernobyl into 'biosphere' nature reserve.

The Ukrainian Ministry of Ecology and Natural Resources is planning to turn the radioactive area into a special biosphere reserve, according to Vestu.ru news channel.

Apparently, the idea itself has been around for a couple of years, but since Ukraine had more important things to deal with, the idea had been put on a back burner.

But now the government seems ready to fulfill its dream.

"This year we're taking all measures, so the decree of the president on the creation of Chernobyl radiological biosphere reserve is signed as soon as possible. We hope to finish before April 26," said Anna Vronskaya, the acting head of the Ukrainian Ministry of Ecology and Natural Resources, as cited by Vesti.ru.

According to a radiological study, humans can be located within 30 kilometers of the nuclear explosion area for 4-5 days and only one-day within the radius of 10 kilometers without affecting their health.

The absence of humans led to the increased number of wild animals. Wild horses, introduced in the past, are now thriving with around 100 animals grazing the fields near Chernobyl. Elk, wolves, bears and even lynxes, which previously were absent in the area, have returned. Brown bears, which haven't been seen in the area for over a century, are now back as well.

Considering the incredible revival of wildlife near Chernobyl, it might just be a good idea after all for the Ukrainian government to turn the radioactive zone into nature reserve.

000000
Popular comments
Anything they can do about the ugly buildings, or are they "glowing" too much?