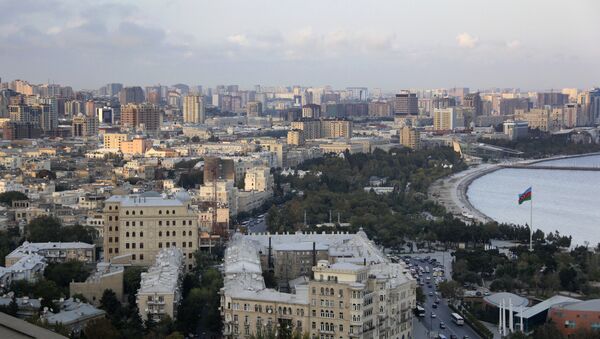 Azerbaijan handed a note of protest to Russia over Moscow's issuing of a military loan to Armenia, an Azerbaijani Foreign Ministry spokesman said Wednesday.

"The note stresses that Azerbaijan has repeatedly brought to the attention of the international community the irrefutable fact that the weapons and military equipment purchased by Armenia are being deployed in the territory of the breakaway region of Nagorno-Karabakh of Azerbaijan," Hikmet Hajiyev said.

He stressed that Baku expected guarantees from Russia that the purchased weapons would not be used in Nagorno-Karabakh or along the Armenian-Azerbaijani border.

New MiG-29 Jets to be Deployed to Russian Airbase in Armenia
The two South Caucasus states have been engaged in a row since 1988, when the Armenian-dominated Nagorno-Karabakh autonomous region left the Azerbaijan Soviet Socialist Republic and proclaimed independence after the Soviet collapse in 1991.

This move triggered a war that lasted until a Russia-brokered ceasefire was signed in 1994. In September 2015, the conflict escalated, with the sides blaming each other for violating the truce.

Russia is among the chairs of the OSCE Minsk Group, which was established in 1992 to encourage a peaceful resolution to the conflict.