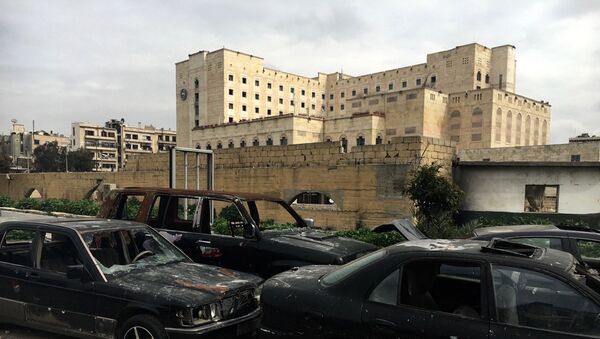 US Senator Ed Markey claims that a successful cessation of hostilities agreement could help the United States and Russia work together to contain the terrorist elements within Syria.

WASHINGTON (Sputnik), Leandra Bernstein — A successful cessation of hostilities agreement could help the United States and Russia work together to contain the terrorist elements within Syria, US Senator Ed Markey told Sputnik.

"If we can find a peaceful ceasefire resolution with Russia, that would then isolate al-Nusra/al-Qaeda and ISIS [Daesh] inside the country," Markey said on Tuesday.

On Monday, the United States and Russia, the co-chairs of the International Syria Support Group (ISSG), negotiated a ceasefire between the warring parties in Syria to go into effect on Saturday. The agreement has been approved by the other 17 members of the ISSG.

State Dept Urges All Syrian Opposition Factions to Participate in Ceasefire
Markey, who serves on the Senate Foreign Relations Committee, noted that US-Russian cooperation implementing the ceasefire "would be a wonderful new addition to the dialogue so we could begin to deescalate the overall military activity" in Syria.

Under the terms of the Syrian ceasefire, the United States and Russia will maintain regular contact and share some information in order to delineate the territory held by Nusra Front, Daesh, and other UN-designated terrorist groups exempt from the ceasefire.

Both Washington and Moscow are engaged in anti-terrorist military operations in Syria, but neither party is directly coordinating its activities with the other.

The Islamic State (ISIL), also known as Daesh, is designated as a terrorist organization and outlawed in the United States, Russia and other countries.